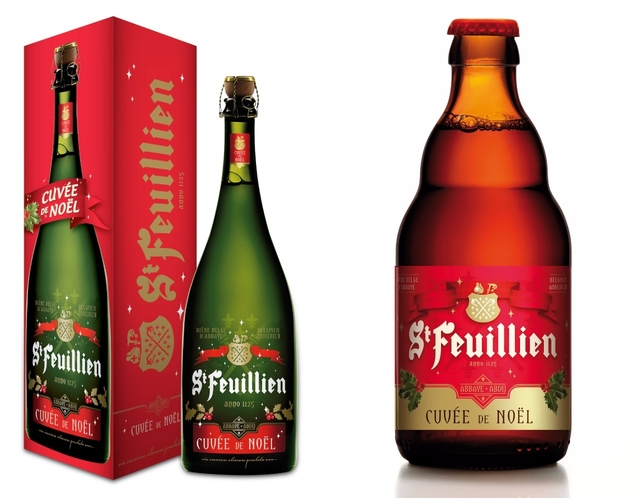 Belgian family brewers Brasserie St. Feuillien have been brewing beer since 1873. They were named after a Galway monk who in the 7th century traveled to Europe to preach the word of God. He encountered bandits in the Le Roeulx region of Belgium who tortured and decapitated him (Belgium was a tough place back then!). His followers build a chapel and subsequently and abbey to St. Feuillien on the site of his death. As was customary, the monks of the abbey brewed beer for sustenance.

The Friart family continue this tradition today. The brewery is most renowned for their year-round Blonde, Triple (one of the best in the world!) and Saison, but every year since 1969 they also make a special one-off beer for Christmas.

Cuvee de Noel is a dark ruby-red strong ale that pours with a dense white foam. The colour comes from the roast barley that is used in the beer. The aroma is rich in herbs, spices and sweet malts. At 9% this beer will also provide a little warmth on colder winter evenings.

Cuvee de Noel is only available for the Christmas season and can be found in select independent off-licences and pubs in 330ml, 750ml and 1.5liter Magnum bottles.